Don’t Forget to Drink Your Vitamins

Posted on May 18, 2015 by thesweetlifesugarfree

But, with the rainy weather, May being an impossibly busy month, and my recent cough due to sleep deprivation and too much stress, I grabbed from my stash of Bone Broth in the freezer to start this crazy work week off on the right foot.

So many more people are going the all-natural route in trying to head off the sickies, and one of the easiest and most comforting ways to do so is with a large cup of salted bone broth. I can tell you, this stuff is MAGIC in a cup. 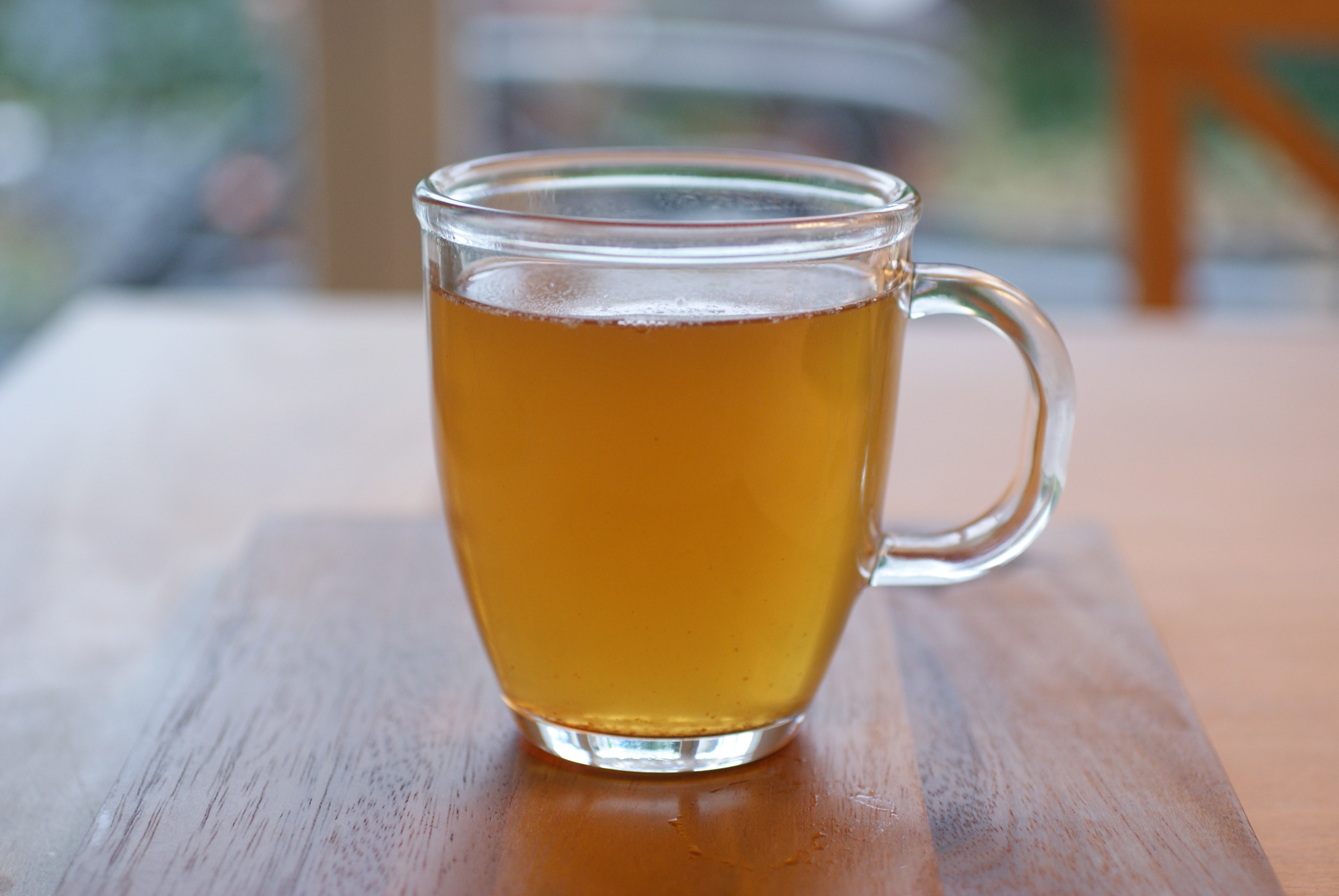 I got the idea in my head that I wanted to make broth right after getting back from Colorado last year and reading about this amazing stuff. I called around to several grass-fed ranchers to inquire about purchasing bones. You would have thought I was asking to buy a white unicorn!

Finally, I spoke with a simply lovely woman who informed me that she would be having a one-year-old calf butchered for her family in the next month and would happily sell me the bones. No one had ever asked them for bones before.

During this month, while I waited for my calf bones, I went to Whole Foods and purchased a bison femur bone (They did not have any beef bones in stock). So happy I made that first batch!  After that, we were completely hooked on broth.

Mrs. GrassFedCattleRancher called me back when the calf was ready, and we chatted for a while on the phone.  She was curious about what I was doing with the bones, and we set up a time for me to collect my stash.

That Saturday, we set off on the bone gathering pilgrimage.  When I got there, Mrs. GrassFedCattleRancher was working on her very first batch of Bone Broth. She told me after our conversation she decided to give it a whirl. When we chatted I mentioned the benefits that I had directly experienced, which included happier tummy, happier husband’s tummy, more energy, and improved skin. My skin looked like I had aged 25 years after 6 rounds of chemo.

Those bones made the best broth! After a few batches of broth, I wanted to make sure that we did not run out. I called Mrs. GrassFedCattleRancher and set up another pickup. This time her daughter would meet me in town. When I met her daughter, she literally thanked me. She told me her parents are totally amazed at what the broth has done for them. In fact ,her father, who had suffered from arthritis for decades is no longer taking his daily handful of Advil. He drinks bone broth every day, and believes it has completely changed him.

It was the best feeling to know that I had turned this couple onto bone broth, and that he was no longer putting a handful of Advil through his body every day!

Just type in “Benefits of Bone Broth” into Google and you will get: 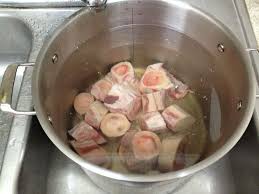 Drink with generous amounts of quality Himalayan or Celtic salt, or use in any recipe calling for broth, stock, or added water.

The broth can be consumed immediately and stored in the fridge up to 5 to 7 days.  You can also store in the freezer up to 6 months.  We like to freeze into ice cubes so we can pop them in a mug to reheat when needed.

When reheating, bring broth back up to boiling for one minute.  Enjoy!