What to Do About Those Little Ghosts and Goblins?

Posted on October 29, 2015 by thesweetlifesugarfree

Happy almost Halloween!  I have to admit, this is not my favorite occasion.  For obvious reasons, the sugar aspect causes issues in our family, but the doorbell that makes the dog go crazy, kids out in the dark, and then the after effect for the next two days isn’t so much fun either.  I LOVE fall, but I am always happy when the 31st of October has come and gone, and there is an official start to the holiday season that awaits around the corner.

The holidays are a whole other ball game, but let’s get through Halloween first.  Erin posted earlier in the week about how she handles Halloween for her daughter.  We do things slightly differently, mainly because we have older children.  The age/s of the child/ren in your household can make a big difference.  My children are 10, 8 and 5 if that helps at all.  They range from being all about Halloween and the candy, to really  just wanting to be with their friends. 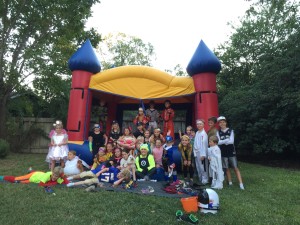 We are extremely fortunate to be invited to the same party with the same people every year.  This helps me because I don’t have to have my internal struggle about handing out candy at my house.  I have a voice in me that screams, “How can you hand out candy when you preach about sugar?”  Luckily, I get to turn that recording OFF!  The kids (and adults) are fortunate because we are all with friends and the focus turns to playing and visiting instead of tracking down the best candy in the neighborhood.  Don’t get me wrong, I let the kids trick-or-treat, but that is not our sole focus of the evening.  This helps a TON! 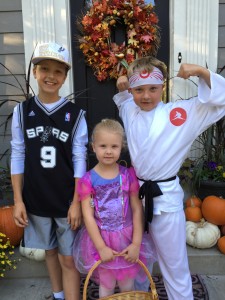 I do have  a few ideas for your weekend: 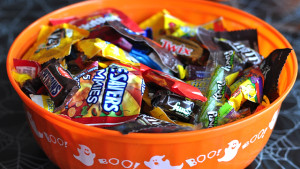 No matter what you decide to do with your candy, you, just like I, will get through this day.  It is one of my most dreaded, but we always power through.  Your kids will be on a sugar high, but then we will be there to catch them on the way down to lift them back up with healthy foods.  The best thing you can do is to have a plan in place.  Figure out how and when you are going to dispose of that white powdery substance disguised as candy and follow through.  Then life returns to normal.

Have a very safe and memory filled Halloween!

A Trick for Trick or Treating

Posted on October 27, 2015 by thesweetlifesugarfree

I have been talking a bunch about how October is Breast Cancer awareness month, and I realize I need to address the elephant of the month. H A L L O W E E N.

So what on earth does a person who cuts out all added and almost all natural sugar do on the holiday known for candy begging?

I pony it up and go with it. The reality is, my daughter is going to have enough stories for her future therapist, and I don’t really want to add, “And my mother never let me Trick or Treat.” 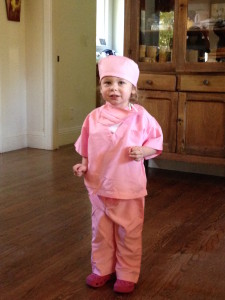 All kidding aside, Halloween is for kids. It’s super fun to dress up and knock on your neighbors’ door, shout Trick or Treat (and hopefully thank you!), and at the end of the evening gorge on your goodies.

Here’s where I change things up a bit though; my plan is to give my now 4 year old her choice of three treats the night of Halloween. The rest is going to magically disappear-she is still young enough that I can hopefully get away with this. We often give to little girls that don’t have anything, (Goodwill) and she is good with that. Hopefully this will go somewhat similar.

I am also going to purchase some dark chocolate, so if she would rather have that as a trade, or perhaps a homemade sugar-free mini cheesecakes with whipped cream. So be it. While it may be hard to believe that she would pass up a fun size Snickers or little M&M baggie, she does not get candy often, and actually really likes the dark chocolate due to that being the rare treat in the fridge that mommy shares. The less you have, the less you want.  Starting super young doesn’t hurt either!

As for me, as crazy as it may sound, I have ZERO desire for such junk at this point. I even remember thinking back when I was the one doing the Trick or Treating how some of the stuff was just plain not good. That junk would likely still be eaten just after all the good candy was gone. Really? Does anyone like WarHeads or banana flavored Now and Laters? Likely not. 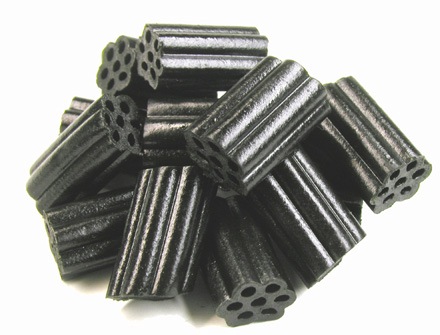 If I’m going to eat something that is not keto-friendly, you can bet I have decided that it is going to be worth it. And the second after I put a small bite in my mouth, I will decide again if it’s truly is worth it. Honestly, I have decided on more than one occasion that the one tiny bite was plenty.  For me, there will be nothing in that orange plastic pumpkin that will be worth it.

Posted on May 11, 2015 by thesweetlifesugarfree

Yes!  You are reading correctly!  We are talking about the candy company!  You know..the one that makes M&M’s, Snickers, Twix and Skittles, along with numerous others? 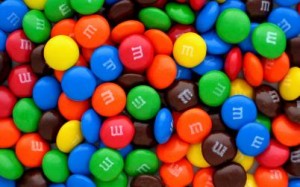 They announced on May 7th that they are going to recommend to consumers to lower their added sugar intake to 10% or less of their daily caloric intake.

Check out this link:

Now, don’t get me wrong, we are not advising you to go out and buy a bunch of candy, or any candy for that matter!

We are, however, very excited that someone is listening!  Sugar is bad!  Very bad!  It is responsible for many diseases, and we learn about more each day through more research and reading.

I am sure there are some ulterior motives to this announcement, but companies are realizing that they need to stay ahead of the game as more and more research and evidence is coming out about nutrition, health, and disease.  Every company that makes it into the media urging consumers to consume less sugar is doing a public service!

Thanks, Mars, Inc. for making more noise about the need for consumers to consume less sugar!  Every little bit helps!